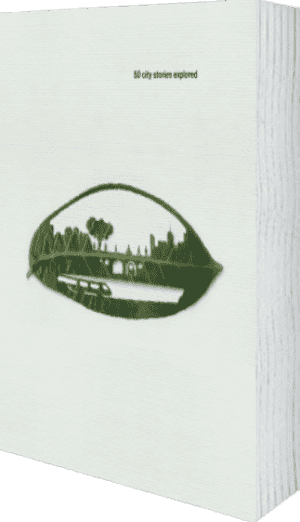 Hardback not available in your territory
Add to Basket

Founded in 1946 with an initial focus on structural engineering, Arup first came to the worldâ€™s attention with the structural design of the Sydney Opera House, followed by its work on the Centre Pompidou in Paris. Arup has since grown into a truly multidisciplinary organisation. Most recently, its work for the 2008 Olympics in Beijing has reaffirmed its reputation for delivering innovative ... Read more on Arup

Intelligent cities
- Travel building blocks
- A design for life
- Transforming transport and urban placemaking
- A smart city in action
- That's how the light gets in
- The invisible face of art
- A talking transport system
- Wood is good
- Wood can be tall...
- ...and sustainable
- When wood and art meet
- Keeping the wheels turning

Beautiful cities
- A sporting home
- A new skyline - an old view
- Sporting showcase
- Best of both worlds
- Evolution for revolution
- An old bridge, a new bridge and a transport problem solved
- The 'unbuildable' bridge

Arup is the design, architectural and engineering genius behind many of the world's leading buildings and urban areas. Some of its most interesting and challenging designs developed with cities across the globe are included in this book.

From the development of Shanghai, over a 30-year period into a megacity that continues to grow, to the Crossrail project in central London and the creation of the Fulton Center in New York, Arup's team have been pivotal in some of the world's best known developments.

This is a firm that is behind a range of work, from beautiful buildings that shape and change city skylines to masterplans that tackle future city developments, and initiatives to tackle climate change, this is a book that captures the challenges of city living, and ensures they remain livable places.

It's a firm that is not afraid to challenge the conventional, as shown in the awe-inspiring Bosco Verticale - a vertical forest that is also a block of flats -Â in Milan. And it also solves problems of city living no matter what their size -Â the smallest project in the book is a piece of street furniture in Beijing that doubles as a bench, a bike park and a barrier to the road; all this to combat traffic congestion.

At its heart the firm, founded by Ove Arup in 1946, has an ambition to shape a better world. This Design Book provides a snapshot of just some of the thousands of projects that are being worked on in cities - and demonstrates how they impact people's lives.

As a firm that takes its place in society seriously, it has the third-party endorsements to reflect this. Commentators such as the Rockefeller Foundation's Judith Rodin explain why resilient cities are essential; and leading international designer Thomas Heatherwick gives his perspective on the role of design in cities today. 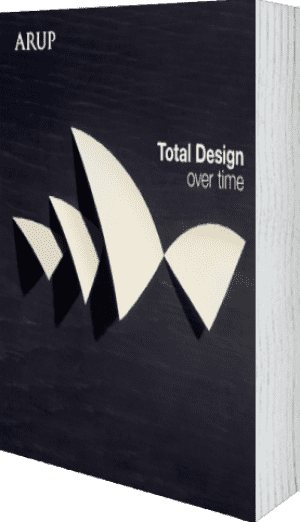 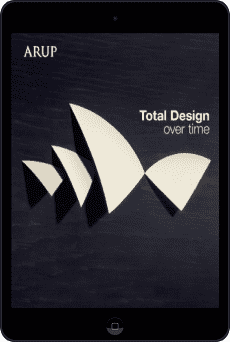 Total Design Over Time
From FREE