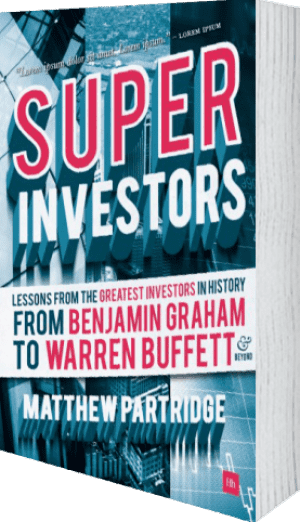 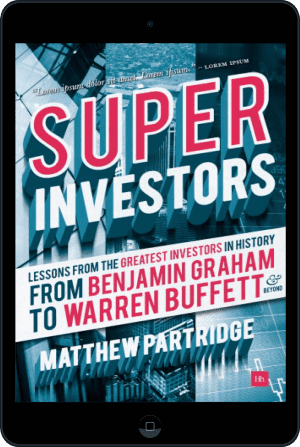 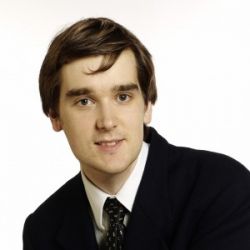 Matthew Partridge is an experienced financial journalist. He writes for MoneyWeek magazine, Britain's biggest-selling personal finance weekly. A trained historian, Matthew did a degree in economics and history at the University of Durham, before doing a master's and a doctorate in economic history at the London School of Economics. He has taught at Goldsmiths, University of London, as well as ... Read more on Matthew Partridge

About the Author
Foreword by Clive Moffatt

3. George Soros - The Alchemist Who Broke the Bank of England

4. Michael Steinhardt - The Contrarian Hedge Funder
- Introduction
- The sociology of the markets
- From block trading to variant perception
- The not so Nifty Fifty
- The trades that didn't work out
- Huge returns
- Worthwhile, but difficult

6. Warren Buffett - The Elder Statesman of Finance
- Introduction
- From Omaha to Wall Street
- From value to growth
- Six decades of success
- Picking up where Graham left off
- What we can learn from Buffett

11. Peter Lynch - The Man Who Beat the Street

14. Eugene Kleiner and Tom Perkins - The VCs of Silicon Valley

17. Edward O. Thorp - The Revenge of the Quants

Conclusion: Lessons of the Superinvestors

Thanks
Afterword
Index
About the Author
Foreword by Clive Moffatt

3. George Soros - The Alchemist Who Broke the Bank of England

4. Michael Steinhardt - The Contrarian Hedge Funder
- Introduction
- The sociology of the markets
- From block trading to varia ...

The ultimate guide to history’s greatest ever investors

Superinvestors lays bare the investing secrets of legendary investors - from early 20th-century figures such as Benjamin Graham and John Maynard Keynes, through to more modern names such as Anthony Bolton and Warren Buffett.

Listen to a sample of the audiobook version of Superinvestors.

The investors have been picked for a variety of criteria, including their investing excellence, the different ways in which they have made money - and above all for what they can teach individual investors.

A wide range of investment styles are represented, ranging from David Ricardo (who made a fortune by correctly predicting the outcome of the Battle of Waterloo), to the patient value-orientated approach of Warren Buffett. The book also looks at some important innovators, including John Bogle and his development of index funds as a low-cost way of getting exposure to the market, and Edward O. Thorp and his data-driven approach which aims to avoid human emotion.

The book looks at each of the investors' careers in depth. This includes their background, the strategies used to beat their peers, and an honest evaluation of their success, using a special star-rating system. Naturally, the main focus is on their best investments. However, sometimes failures can be extremely instructive - so the book also looks at those investments that didn’t quite go to plan. Finally, each chapter concludes by detailing the lessons that ordinary investors can learn from the superinvestor.

The result is a treasure trove of success stories, cautionary tales, legendary stock picks and world-beating strategies that will fascinate and inspire investors of every level.

"..this book is a worthwhile addition to the category....Anyone considering investing in the stock market for the first time or even with years of investing experience will benefit from the insight provided by these super investors." Les Masonson, Buy Don't Hold

"...an enjoyable romp through some interesting and influential investment personalities." Jeremy Prescott

"This is a great read!" Martin Bamford, Informed Choice

"If you are a private investor it will show you what can make for success. If you are a professional fund manager it will provide you with useful insights on your rivals and those who came before you - and perhaps get you rating yourself." Clive Moffatt (from the foreword)

If people want some inspiration, get a copy of Superinvestors

Superinvestors is the ultimate guide to history's greatest investors, from early 20th-century figures such as Benjamin Graham and John Maynard Keynes to modern gurus such as Anthony Bolton and Warren ...

"....an enjoyable romp through some interesting and influential investment personalities."

These 20 have not just outperformed the market but have done so over extended periods.
Read the five things that 20 of the most successful and influential investors in history — I call them ...

This is a great read.

Truly a great book.... It's interesting... It looks at all kinds of investing .... great, great examples of some of the top minds in investing and how they did it.

A very interesting author ... It's a great read.

There have been over a dozen books published over the years on the most successful traders, investors, and hedge fund managers. These include three books on traders written by Jack Schwager, and ...

Investing by the Books

”The book benefits from the author’s deep knowledge of UK investors ... The author is clearly well read … It is never possible to do an investor justice over 6 to 8 pages. However, it is ...

The investors have been picked for a variety of criteria, including their investing excellence, the different ways in which they have made money, and above all, for what they can teach individual ...

Is one of your early new year’s resolutions to be a more successful investor? Your Christmas reading should include Super Investors: Lessons From The World’s Greatest Investors (Harriman House, ...