The 21st-Century Case for a Managed Economy

The role of disequilibrium, feedback loops and scientific method in post-crash economics 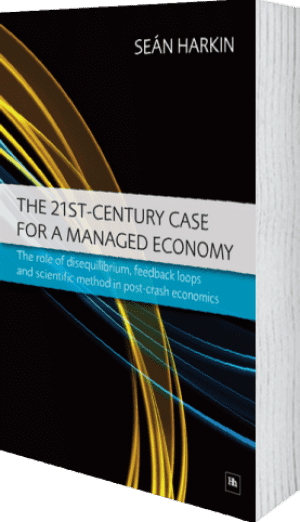 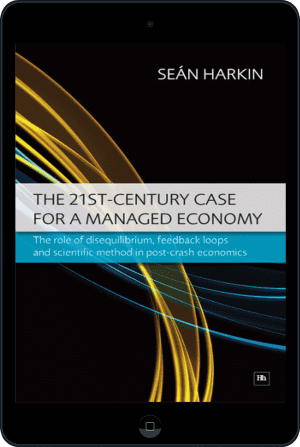 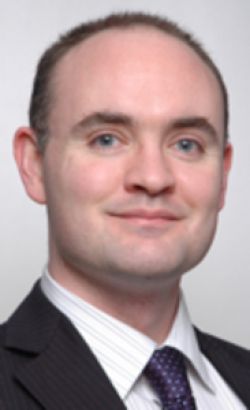 Sean Harkin is a risk manager working in the City of London. He specialises in quantitative analysis of financial and economic data and has worked on structured finance, sovereign debt, bank capital and other areas. Sean was previously a research scientist working in the field of cell and molecular biology. He holds an MPhil from University College London and a BSc from the National University of ... Read more on Sean Harkin

About the Author
Acknowledgements
Preface

Part One: Foundations
1. Introduction: Disequilibrium and the Logic of Feedback
2. From the Old to the New

Part One: Foundations
1. Introduction: Disequilibrium and the Logic of Feedback
2. From the Old to the New

This book argues that the scientific concept of feedback - the idea that change in some element of a system can cause further change in that element - represents a general concept of economic change. Positive feedback causes runaway change, such as a market bubble, inflation or long-run growth, while negative feedback causes stability and stasis. Emphasising both kinds of feedback stands in contrast to the equilibrium theories of classical economics which, in effect, emphasise negative feedback only. In practical terms, the feedback perspective implies a need for extensive government involvement in the economy to suppress undesirable feedback effects - such as those causing wild instability or self-perpetuating inequality - while supporting desirable feedback effects - such as those causing economic growth.

For decades, free-market economists have told a consistent story. Markets are rational, efficient, stable and fair, and even volatile financial markets should be left mostly to their own devices. The economic crisis that began in 2007 has, however, disproven such belief in the perfection of markets.

The reason market fundamentalism fails is simple: it is built on economic theories that incorporate only one half of how the economy actually operates. These theories focus on a concept of long-run equilibrium that sees the economy as being continually drawn back to balance after any change from this position, in a form of what scientists would call negative feedback.

However, there is also positive feedback; a process whereby a given change amplifies itself until the system is driven far from equilibrium, and this phenomenon is equally visible in the economy. Positive feedback drives economic growth, speculative bubbles, inflation, recessions, deflation and self-perpetuating inequality. It is what gives us the secular trends and cyclical fluctuations we observe in the real economy. And it deserves to be a central part of our economic theory.

This book makes a first attempt at applying the concept of feedback to economic theory and economic policy. It recognises that the state must support desirable feedbacks while suppressing undesirable ones. But it also recognises that central planning leads to oppression and inefficiency. This leads us back to the common-sense idea of a mixed economic system in which the role of the state is almost as great as that of the market.

Markets do not always work well. They need guidance. Seán Harkin, a research scientist turned risk manager, makes the case for a mixed economic system where the role of the state is almost as great ...

"There is much learning in these pages and Harkin?s prose is commendably uncluttered given the subject matter. Its arguments, never lacking enthusiasm, deserve a wide audience."- Reading Club, ...