The Life and Death of Rochester Sneath 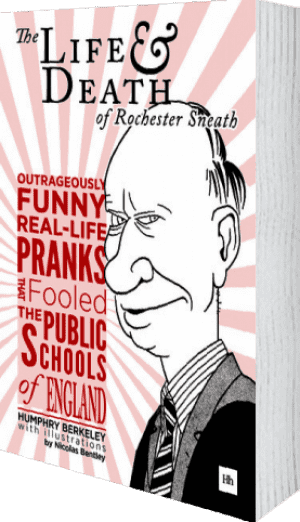 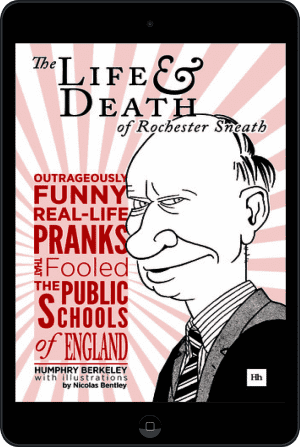 The book consists of Humphry Berkeley's letters to, and the replies from:

H. Rochester Sneath no longer exists. And if you wished to put your son's name on the waiting list for Selhurst School, near Petworth, Sussex, you might have a little difficulty. It doesn't exist either. But, as this collection of Sneath's letters, and the replies, proves, you can fool most of the people most of the time. Particularly, it seems, if the people happen to be the head masters of those most English private institutions - public schools.

In early 1948 Sneath began his brief and glorious career. Letters, like canes, mortarboards and jaundiced rugger balls, began to appear in headmasters' offices, whose occupants, with two notable exceptions, appeared to find nothing strange in Sneath's requests or his exhortations. Pompous, indignant, eccentric, pushing, toadying, or just plain dotty, the letters were answered with a seriousness which is barely credible. For he wrote of:

George Bernard Shaw was puzzled, Sir Giles Gilbert Scott was booked up, as was Sir Adrian Boult. Sir William Reid Dick was eager. After four or five letters the Master of Marlborough became exasperated, while the head master of St Benedict's was livid. A certain master displayed a cupidity not normally associated with men of the cloth; the new Master of Rugby was grateful for some wise advice; the head master of Stowe could not have been more helpful about sex. There was talk of Sneath succeeding the headmaster of Eton. One head master was so drawn to Sneath that he recommended Selhurst to a prospective parent, who promptly applied for a place on behalf of her son. His name was placed on 'the waiting list for the Waiting List'.

Sneath's letters comprise a gentle and unmalicious, but devastatingly accurate parody of the public school system - a collection so intelligently absurd that it defies adequate description.

"I just laughed and laughed." - The Times

"The book that gave me the greatest pleasure." - Sunday Telegraph

"I laughed out loud on every page." - Scotsman

"One of our finest humorists." - Spectator

"The funniest book I have read for ages." - Daily Telegraph